Egypt’s Defence Ministry has announced that the country will purchase 30 Rafale fighter jets from France under a €3.75 billion ($4.5 billion) deal, which will reportedly be financed through a loan that will be re-paid over at least 10 years. The announcement follows years of talks over a possible followup to a deal signed in February 2015, under which Egypt ordered 24 Rafales as part of a larger package which also included hardware for the Egyptian Navy. Negotiations have been protracted, with a deal for twelve new Rafales expected in 2017 but delayed as Cairo conspicuously considered alternatives due to reported French inflexibility over the fighters’ price. The new deal will bring the total size of the Egyptian Rafale fleet up to 54 fighters, making it by far the largest foreign operator of the fighter class, and is notable for the fact that the fighters will come at an average cost of $150 million each. By contrast, a controversial Rafale deal signed with India for 36 fighters saw the jets priced at around $217 per aircraft, or 45% more than Egypt was paying, with widespread allegations of corruption in the Indian deal. 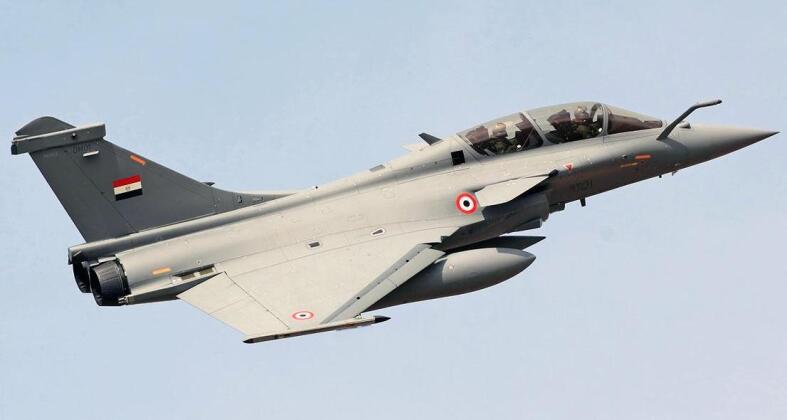 The new Rafale deal marks the fourth major contract for new fighter jets signed by Egypt since the overthrow of its U.S.-aligned Islamist government in 2013, which saw an end to decades where fighter acquisitions had almost exclusively consisted of heavily downgraded American F-16s with negligible beyond visual range capabilities. Other contracts for new fighters signed since 2013 have included one for 46 MiG-29M medium weight fighters from Russia, one for the original 24 Rafale lightweight fighters, and one signed in 2018 for an estimated 26 Su-35 heavyweight fighters which currently form the elite of the Egyptian Air Force. Where the two classes of advanced Russian fighters appear to be focused on air superiority missions, the Rafales have a much more limited air to air capability but seem to have been purchased with a strike role in mind. The Rafale is prized for its access to Scalp radar evading cruise missiles, which benefit from high precision and a long 1000km range. The fact that two thirds of the Rafales acquired in the original contract with Egypt had twin seat configurations, which is favourable for strike operations as the second seat accommodates a weapons systems officer, indicates that this is seen as the jets’ primary purpose. The new Rafale purchase has also been interpreted by many as having a political dimension to it. With Egypt coming under harsh Western criticism and facing threats of American sanctions for its purchases of advanced Russian armaments, making a purchase to support a struggling Western fighter program and an ailing European economy could be interpreted as a way of offsetting this.

Moderates, Mainstream Media Have Their Heads in the Sand When It Comes to GOP’s Assault on America

Allen West Is Hospitalized with Covid-19