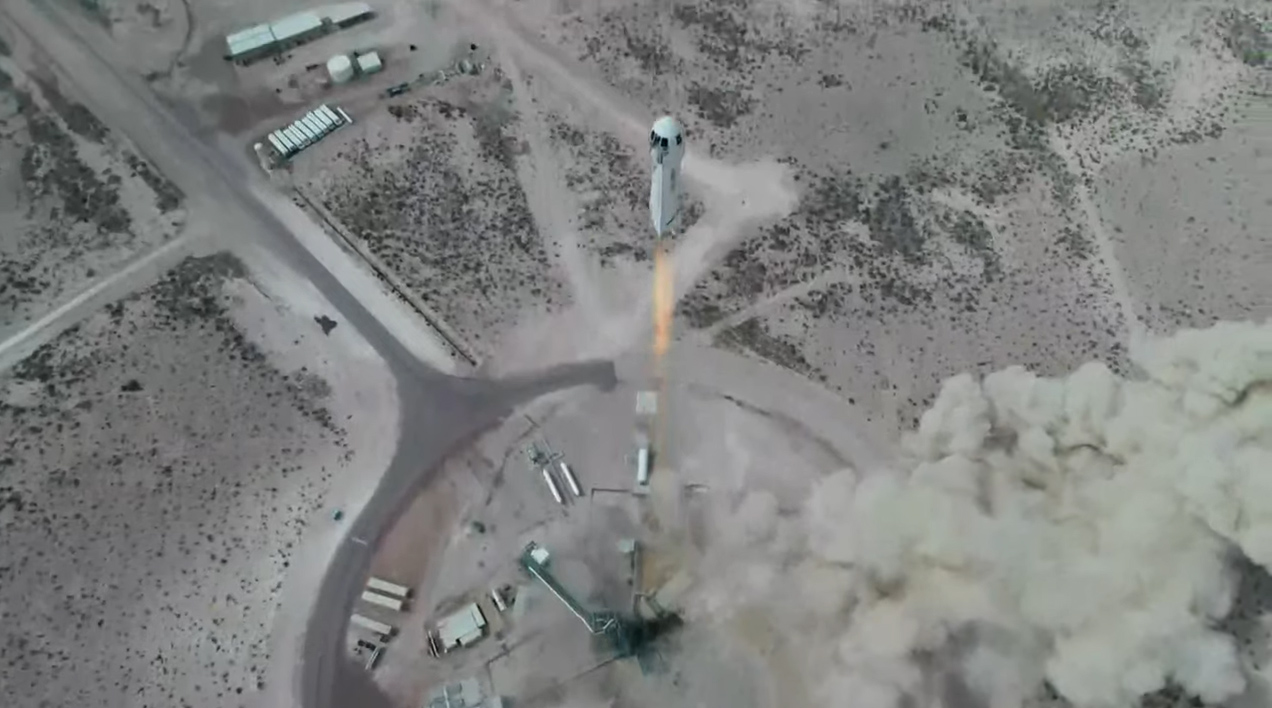 Jeff Bezos’ Blue Origin plans to auction off a seat for its debut crewed spaceflight on July 20, but you should read the conditions carefully before applying.

The company aims to launch its six-seat New Shepard suborbital vehicle on the 52nd anniversary of the historic Apollo 11 moon landing. New Shepard has already flown 15 times to date, but the July launch will be the first mission to carry people — and one of those passengers will be the auction winner.

Blue Origin made the auction announcement May 5 on the 60th anniversary of the first crewed American spaceflight, which sent NASA astronaut Alan Shepard to suborbital space. (New Shepard is named after Alan Shepard.)

A glance at Blue Origin’s terms and conditions document shows that getting a seat won’t be as easy as securing a high bid. To start, there’s a long list of “functional requirements” that aspiring astronauts must meet.

Other requirements include the ability to walk quickly across uneven surfaces; not being afraid of heights at the top of the launch tower; sitting strapped into a reclined seat for between 40 and 90 minutes; and fastening and unfastening a seat harness in less than 15 seconds. There also are protocols to prevent claustrophobia and to ensure that astronauts are prepared for the g-loads experienced during launch and landing.

All crew members also must be able to “hear and understand instructions in English,” “see and respond to alert lights” at their seat and reliably follow them, Blue Origin says. By comparison, people flying to the International Space Station need to be familiar with English and the other functional language of the facility, Russian, including advanced fluency in at least one of those languages.

Eligibility requirements on New Shepard, a reusable rocket-capsule combo, are not necessarily limited to United States citizens, but any participants must be 18 years of age or at the age of majority in their country of residence, whichever is older. Astronauts also must have a passport so they can travel to the United States for the launch and, if necessary, get a visa that will allow them to remain there for the whole “astronaut experience,” including the flight. (New Shepard launches from Blue Origin’s West Texas facility.) You will also have to participate in a training period to be ready for spaceflight.

Another key item to consider is payment. After the astronauts are designated, Blue Origin said it will invoice the winning bidder a non-refundable winning bid amount, plus a buyer’s premium of 6% (less any deposit that was paid during the auction).

Once the winning bidder signs an informed consent document, all of the winning bid amount will become non-refundable, Blue Origin said. Other necessary documentation to sign includes a nondisclosure agreement, waivers of claims and a launch services contract.

Full terms and conditions from Blue Origin are available here.

Hackers Lay Claim to Trump’s Social App Before Its Launch

10 Strategies to Retain Employees in a Workplace

Decarbonizing industries with connectivity and 5G

Deep-space radiation could cause have big impacts on the brain, mouse experiment shows

The Difference Between French and American Style