Progressive legal scholars and commentators are ramping up their efforts to encourage Justice Stephen Breyer to retire from the Supreme Court. Liberal law professor twitter feeds and episodes of the popular progressive legal podcast Strict Scrutiny are filled with calls for a 2021 departure from One First Street. The repeated concern is that if Breyer does not retire with Democratic control of the White House and Senate, it will be difficult to replace him with a young progressive justice. 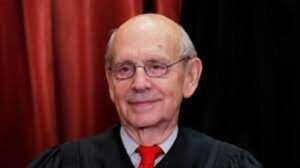 As the #RetireBreyer campaign heats up, today’s Washington Post features an op-ed by UC Berkeley Dean Erwin Chemerinsky, making the case for Breyer to retire at the end of the Supreme Court term so as to ensure he is replaced by someone suitably progressive. It begins:

Justice Stephen G. Breyer, who turns 83 this year, is a stalwart who likely could continue to serve on the Supreme Court with distinction for many years.

But if he doesn’t want to risk having his seat go to someone with an opposing judicial philosophy — which just happened to the late Justice Ruth Bader Ginsburg — and if he wants to give President Biden the best opportunity to choose a successor who shares his values, Breyer should step down as soon as possible.

Chemerinsky warns that should Breyer wait, even until next year, it’s possible that Democrats will no longer control the Senate.

Breyer shouldn’t even wait for the 2022 midterms to retire. With a 50-50 Senate, anything is possible: Something could happen to a Democratic Senator in a state with a Republican governor, who would then pick the replacement and throw the majority back to Republicans.

Some suggest that a justice retiring in this way would be inappropriately partisan. But partisanship is how we got here: Everyone knows that a justice’s legal philosophy matters enormously in the way cases are decided. Republicans blocked Garland’s confirmation and fast-tracked Barrett’s precisely because they wanted conservative justices in their seats. Though he can’t predict the future, Breyer’s best chance at protecting his legacy and impact on the law is to resign now, clearing the way for a younger justice who shares his judicial outlook.

He is the author of major opinions protecting abortion rights, calling for an end to the death penalty and urging empowering the government with the ability to end de facto school segregation. He has a pragmatic approach to judging that looks more to real-world effects than abstract ideology. And there is no dispute that he is serving with integrity and dedication.

His successor could accomplish all of those things, too. And the person in the best position to ensure that is Breyer himself.