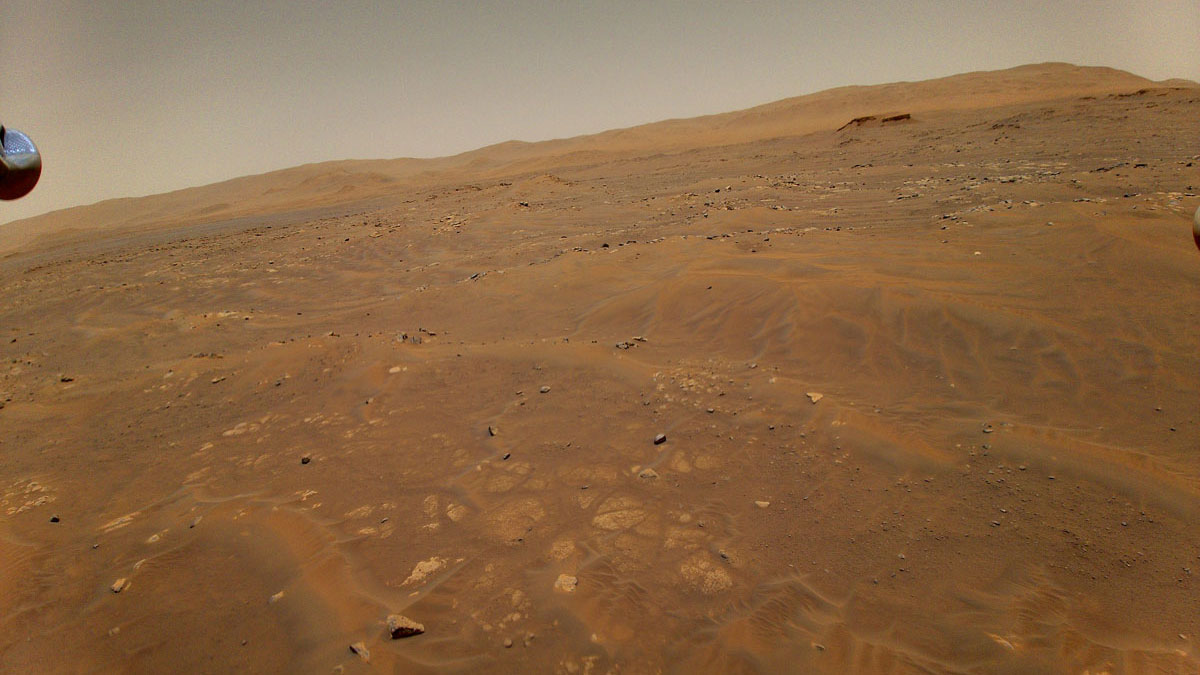 NASA’s Mars helicopter Ingenuity will take to the air again this weekend, if all goes according to plan.

Ingenuity’s handlers are prepping the 4-lb. (1.8 kilograms) chopper for its seventh Martian flight, which will take place no earlier than Sunday (June 6). The plan is to send Ingenuity to a new airfield, about 350 feet (105 meters) south of its current location on the floor of Jezero Crater.

“This will mark the second time the helicopter will land at an airfield that it did not survey from the air during a previous flight,” NASA officials wrote in an update on Friday (June 4). “Instead, the Ingenuity team is relying on imagery collected by the HiRISE camera aboard NASA’s Mars Reconnaissance Orbiter that suggests this new base of operations is relatively flat and has few surface obstructions.”

Data from the flight will be beamed home to Earth over the three days following the flight, they added.

Ingenuity also flew to an unscouted airfield on its sixth flight, which occurred on May 22 and did not go 100% smoothly. The solar-powered rotorcraft suffered a glitch that briefly interrupted the flow of photos from its navigation camera to its onboard computer. But Ingenuity managed to power through the anomaly, landing safely close to its designated touchdown spot.

Ingenuity landed with NASA’s Perseverance rover inside the 28-mile-wide (45 kilometers) Jezero on Feb. 18. On April 3, the helicopter deployed from Perseverance’s belly, kicking off a month-long flight campaign designed to demonstrate that powered flight is possible on Mars.

Ingenuity aced that original mission with five flights, which got successively more complex and ambitious. NASA then granted a mission extension for the helicopter, which focuses on showcasing the scouting potential of Martian rotorcraft. Sunday’s planned flight will be the second one in this new campaign.

Perseverance documented Ingenuity’s first five flights extensively, capturing video and audio of the history-making hops. But the rover has now begun focusing on its own science mission, which involves hunting for signs of ancient Mars life and collecting samples for future return to Earth, so shots of Ingenuity in action are harder to come by these days.

Should Tech Companies Be Transparent?

The challenges of hybrid cloud adoption find answers in HCI