Van de Beek quit Ajax to move to Old Trafford on a five-year contract in September for an initial fee of £35million. United also agreed to pay an extra £5m in add-ons to secure the Dutch star’s signature ahead of Premier League rivals Tottenham.

However, the 24-year-old has struggled to make an impact for Ole Gunnar Solskjaer’s men, starting just two league games all season.

The midfielder has been largely used as a substitute and notched one goal and an assist in 33 games.

Van de Beek did make a rare start in the Europa League semi-final second leg loss to Roma. However, he did not really take his chance despite playing the full 90 minutes.

He should get more chances to impress in the coming weeks, however, due to United’s log jam of fixtures.

However, van Basten believes van de Beek’s struggles stem purely from switching to a league that is more demanding. There have even been rumours the player could be moved on after one season.

He told Ziggo Sport: “It just shows what a great life they have when they play at Ajax.

“They all think very quickly that they are a big boy here and can make it in other countries. But in the Netherlands, there is a nice competition.

“In a team like Ajax you are really helped, especially in the No.10 position. Then you often see that they go abroad and it is a different story.”

Van Basten also feels that his fellow countryman needs to express himself more to become a success in England.

He added: “You have to be able to take care of yourself. 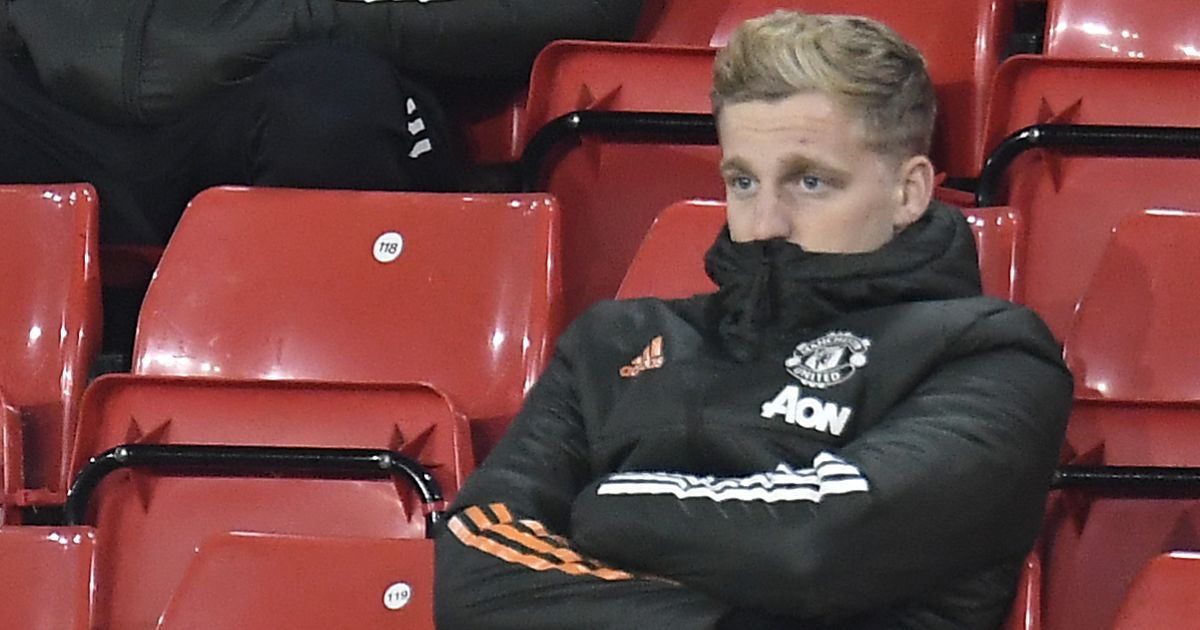 “If you go to a club in another country, you have to be able to present yourself in that team in a way that the others will think: he is one of us and with him we are going to win.”

United take on Leicester on Tuesday night, before hosting Liverpool in their rescheduled game on Thursday. That will make it four games in just eight days for Solskjaer’s men.