Aymeric Laporte has suggested he could be on the move in the summer transfer window after falling down the pecking order at Manchester City.

After joining in January 2018, Laporte quickly established himself as a regular in the City defence. He had played 64 games by the end of the 2018/19, claiming six trophies along the way. However, a serious knee injury suffered in the early rounds of the following season saw him ruled out for over four months.

The defender returned during the second half of that campaign, and seemed to have reclaimed his place. However, he has been forced to settle for a lesser role in 2020/21, making just 27 appearances in all competitions.

The signing of Ruben Dias and John Stones’ resurgence has seen him left on the bench by Pep Guardiola. And it now seems he is considering his future as a result.

Speaking to the Independent (via Manchester Evening News) Laporte said: “It’s a very different challenge because I never played less than this year. For me it’s very different, that is difficult to accept.

“It’s good [Stones’ form]. He was not playing during the last two years but he’s come back now. I’m happy for him to enjoy his football. I didn’t get benefits because I played less, but it’s good.

“Personally, I’m happy with what I’ve done this season. When I’ve played, I’ve played really good. Of course you can always improve but I am happy with all that. I hope I can do a very good Euro, then we’ll see what can happen.”

Laporte first spoke about his future earlier this year, saying he hoped to stay at the Etihad but would wait to see how the rest of the season unfolded. 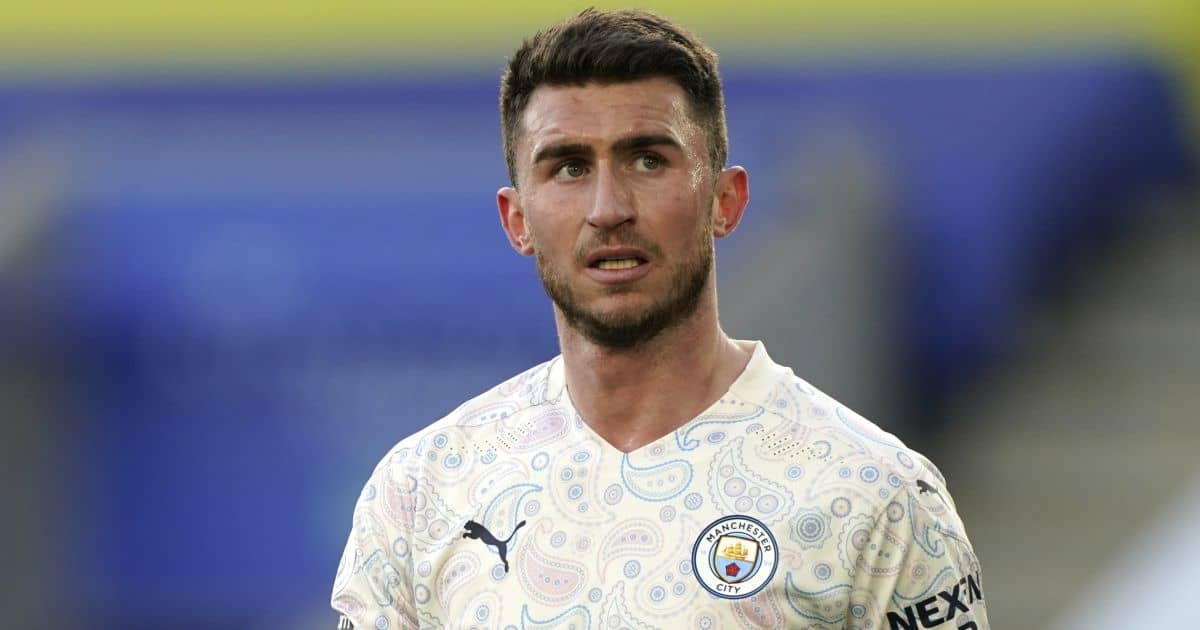 And when asked for his stance as it is now, he remained non-committal.

“When you asked me that [before the Burnley game] in this period I was playing more I think, or maybe less but I don’t know, the situation is very different now,” he added.

“I will not say nothing here, it’s something personal.”

City players ‘have to handle’ nerves

In other news, City boss Guardiola hopes his players will handle their nerves in tomorrow’s Champions League final.

The Citizens take on Chelsea in Porto as they chase their maiden European crown. With so much riding on the game, the Spanish coach is expecting his players to feel the pressure.

But he is set to tell his squad that they have to deal with if they want to claim the silverware.

“It’s an incredible experience to be here., I know exactly what I’m going to tell them,” he said.

“The guys who are anxious and nervous, I will tell them that’s normal. Some players will go out there with tension, some may struggle, but they have to handle this.

“I’m pretty sure we have to suffer to win the final. It’s nice to say enjoy it but sometimes it’s not possible. You have to be resilient and adjust. We will try to be ourselves and do what we can.”

READ MORE: Erling Haaland could disappoint a number of European clubs this summer after his latest comments on his future.