Raheem Sterling has of course been a mainstay in Manchester City’s attack for many years now.

In 291 outings for the Sky Blues, the attacker has managed to rack up 114 goals and 87 assists – playing a key role in the club’s recent dominance of the English top-flight.

However, recent months have seen Pep Guardiola limit Sterling’s game-time, both in the league and in Europe.

The former Liverpool man featured for just two minutes over two legs as City saw off Borussia Dortmund in the Champions League’s quarter-finals, before then being left on the bench for the first of two semi-final meetings with PSG as well.

And though Sterling was featuring fairly heavily at the back end of the PL season, it was quite clear City were often starting a second-rate eleven in these games, with Phil Foden now seemingly Guardiola’s preferred option on the left for the important games.

Now, it appears that Man City are at least open to parting ways with the 26-year-old in the upcoming summer transfer window.

Sterling has just over two years left on his current Man City deal.

But, according to the Daily Mail:

Raheem Sterling heads a list of players Manchester City are prepared to offload this summer as Pep Guardiola plots a fresh era of dominance.

Perhaps more interestingly, though, the same report from the DM also claims that Man City would also consider moving on Riyad Mahrez if the deal was right.

The Algerian is arguably having his best-ever season in a City shirt and has been instrumental in the Citizens reaching the Champions League final, but perhaps the fact the former Leicester man is already 30 may play into City’s openness for a sale.

This article was edited by
Tom Canton.

That’s it. Our Champions League campaign comes to an end. A disappointing night, with… 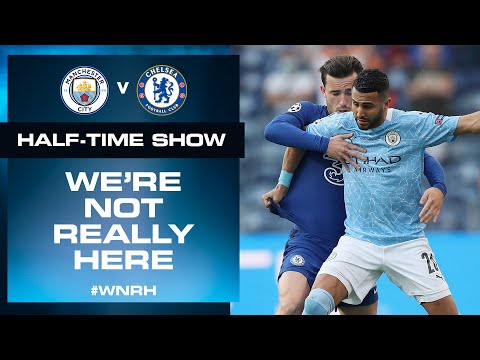 It’s 1-0 at the break, Chelsea take the lead through a late Kai Havertz…

How to watch Chelsea vs Malmo in the 2021-22 Champions League from India?

How to watch Chelsea vs Malmo in the 2021-22 Champions League from India?