Having kickstarted their summer recruitment with the signing of defender Ibrahima Konate, Liverpool are now being linked with a man who could provide them with more options at the other end of the field.

The Reds confirmed on Friday afternoon that they have reached an agreement with RB Leipzig for centre back Konate. The Frenchman had an enticing release clause of £36million in his contract and the Anfield club moved to take advantage. He has put pen-to-paper on a long-term deal and will officially join on 1st July.

But the Merseysiders are expected to do more business in the months ahead. A replacement for Georginio Wijnaldum and a forward are reportedly on Jurgen Klopp’s wishlist.

And a report on Zam Foot, cited on the Liverpool Echo, has seen links to RB Salzburg striker Patson Daka resurface.

The striker has previously been touted as a replacement for Roberto Firmino, who struggled for form during 2020/21.

Daka, meanwhile, was prolific. He hit 34 goals in 42 outings, including 27 in the league. His displays have reportedly caught the eye of Liverpool chiefs.

The 22-year-old’s price tag will also be appealing. Despite being contracted until the end of 2024, he is available for just  €20m this summer. That could make him a more realistic target than the likes of Kylian Mbappe and Erling Haaland. 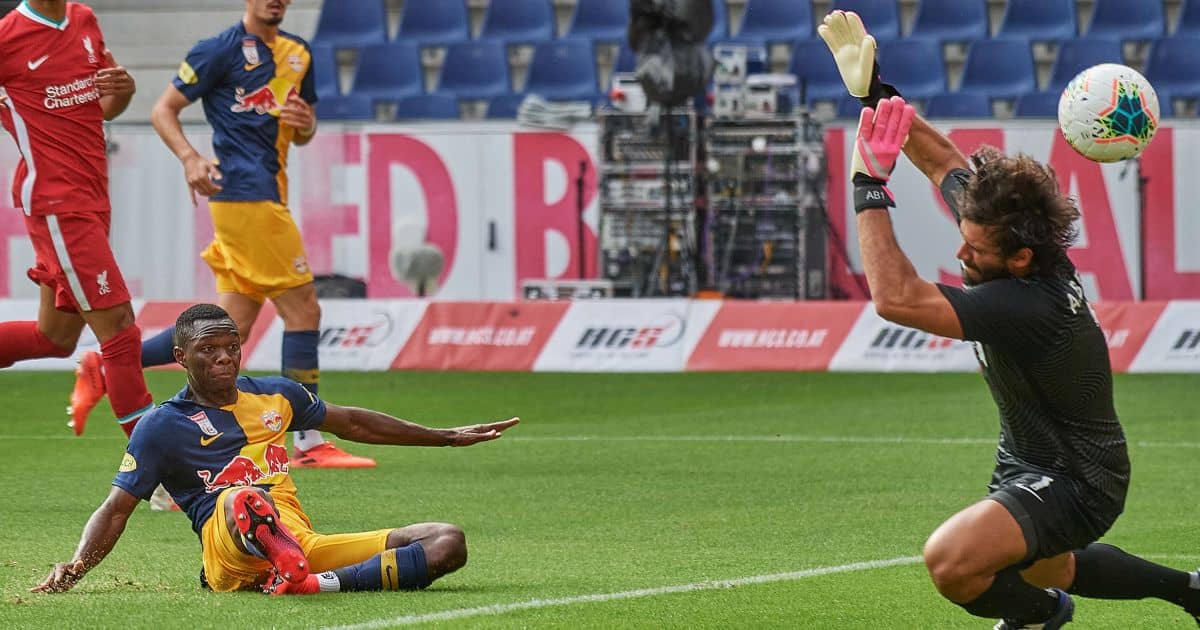 Liverpool not the favourites

But should Liverpool’s interest be serious, they face competition from elsewhere in the Premier League for Daka’s signature.

Manchester United, Manchester City and Arsenal have been credited with interest, but it’s actually West Ham who are understood to be leading the race.

Having qualified for the Europa League, the Hammers are looking to strengthen and add depth to their squad. They are also still looking to replace Sebastien Haller after failing to do so in Janaury.

And Daka is a top target, with West Ham hoping the offer of European football will help them get the deal done.

The report adds that Salzburg’s sister side, RB Leipzig, are also considering a swoop.

READ MORE: A Liverpool favourite has made it clear where he sees his future after saying he wishes to retire at Anfield.

Where are they now? The Barcelona B XI from Messi’s last game in 2005

The waiting game: where are the world’s worst port delays?

California Voters Might Have a Chance To Ban Government Unions in 2022 – Reason.com