Things appear to be gradually returning to normal with the world in the UK regarding its Sport.

With the country set to leave the majority of its social restrictions on June 21st and many fans expected to be in attendance for the final games of the Premier League season and Cup finals, next season could be moving towards something similar to the time before the pandemic.

Football has suffered massively in this time especially clubs in the lower divisions who rely on ticket sales and the small amounts of revenue, in comparison to the Premier League, to stay afloat.

This is why the new £5bn TV deal reported in the Financial Times is so important for the cubs lower down the pyramid.

17 December 2020, Brandenburg, Schönefeld/Ot Kiekebusch: The Brandenburg sorting centre of the mail order company Amazon. Incoming parcels are sorted here according to delivery areas on an area of around 34,000 square metres and then transported on to the distribution centres. Photo: Soeren Stache/dpa-Zentralbild/ZB (Photo by Soeren Stache/picture alliance via Getty Images)

The FT report that the rights will be sold to the three main broadcasters at present Sky, BT and Amazon. The model which has come to the fore over lockdown seeing all its broadcasting partners benefit, rather than bid against one another seems to be welcomed by the clubs.

England’s top tier clubs were keen to accept the government-brokered compromise as the new media contract guarantees TV income over the coming years, at a time when European broadcasters are reining in spending on sports rights.

Lower league sides are set to benefit with an additional £100 million being injected into the lower pyramid.

However, with the return to the norm, this could again see piracy and illegal online streams return to the foreground of UK football.

The Associated Press’ Rob Harris pointed out that the new deal will see only a portion of games being televised once again with some matches returning to the 3pm slot of the broadcasting embargo.

This could therefore see more people encouraged to find piracy routes to streaming matches that will not be broadcasted in the UK.

While the Premier League has extended its TV rights domestically until 2025 for the same £5bn, what it confirms is the return to 200 of 380 games being live. The question is how much that encourages piracy to watch games in the UK as also fans are now used to having access to all

For those that are not in the know, the 3pm broadcasting embargo was put in place so that fans would be encouraged to watch their local sides rather than watch big Premier league games at that time.

However, frustrations of fans not being able to watch their team play due to not being in attendance at matches could therefore see people search for other means to watch.

Ways of combating this are tough to enforce and the anger of supporters towards broadcasting companies due to the prices of single matches over the lockdown has not helped in the fight against it.

Is streaming inevitable? BT Sport in talks with 3 companies to sell its sport broadcasting business 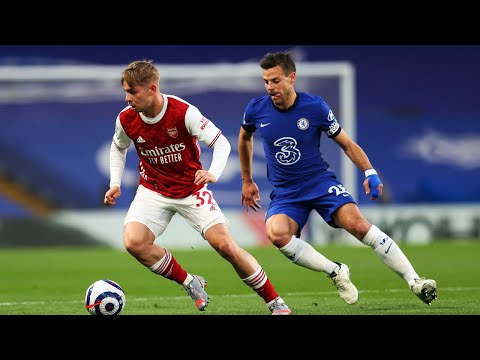 Join the crew from The Breakdown as they analyse, debate and share social media…