England and Surrey fast bowler Reece Topley has been ruled out of the game for four-six weeks, after suffering from a side strain on June 4, 2021. This might mean he may miss out on the England white-ball summer which includes visits from Pakistan and Sri Lanka.

The 27-year-old recently featured on the India tour, playing the 3-match ODI series, after returning from multiple issues with his back. Topley has played 13 ODIs and 6 T20Is for England including participating in the 2016 T20 World Cup, where England reached the finals of the tournament, losing to the West Indies. Topley has 20 ODI and 5 T20I wickets to his name with an ODI best bowling figure of 4/50. 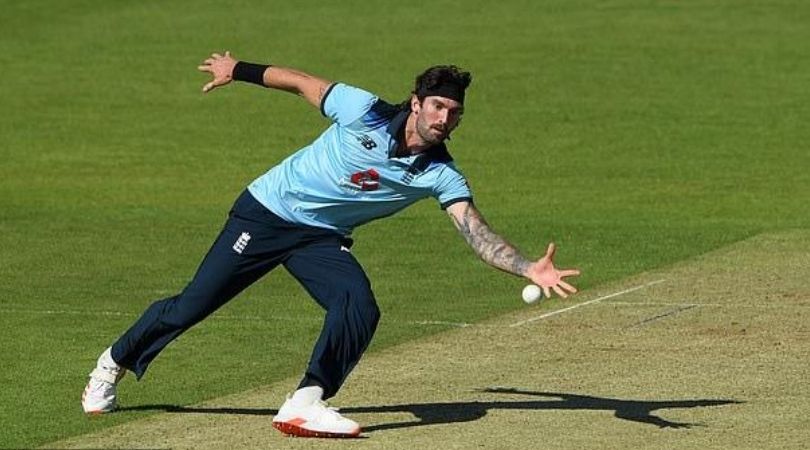 Reece Topley To Miss Out On Entire T20 Blast For Surrey

The 27-year-old pulled up during a second XI clash for Surrey with Essex on Wednesday (June 2). He has been ruled out 4-6 weeks and this will mean he will not be participating in the upcoming T20 Blast for the Vikram Solanki-led team, which begins on June 10 against Middlesex and runs until July 16.

Reece Topley, who is 6’7” tall, has dealt with two major back problems, will also be missing out on county championship matches against Hampshire (July 4-7) and Somerset (July 11-14) given the likelihood that he will be unable to return to high-intensity training until the middle of July.

Reece Topley had impressed on the recent tour of India, playing two ODIs and this latest injury is a huge setback in him staking a claim to be involved in England team for the upcoming T20 World Cup in October and November scheduled to be played in India.

England team is currently battling New Zealand in the first of the two-Test matches at the Lord’s ground in London. The two sides will also play one more Test match. Then England will clash in the big-ticket Test series against India involving five Test matches.