Arsenal travel to Stamford Bridge this evening with little more to play for than pride. Sitting in ninth place, Arteta’s side are four points adrift of seventh place and European football with just three games left to play.

On the flip side, Chelsea sit in fourth place, six points clear of fifth-placed West Ham, and almost assured of a place in next season’s Champions League. With an FA cup final against Leicester coming up for Thomas Tuchel’s side, and a Champions League final against Manchester City also on the horizon, it could prove to be a fantastic season for the west London outfit.

LONDON, ENGLAND – DECEMBER 05: Mason Mount of Chelsea looks on during the Premier League match between Chelsea and Leeds United at Stamford Bridge on December 05, 2020 in London, England. A limited number of fans are welcomed back to stadiums to watch elite football across England. This was following easing of restrictions on spectators in tiers one and two areas only. (Photo by Daniel Leal-Olivas – Pool/Getty Images)

Andreas Christensen misses out after limping off against Manchester City in the first half, whilst Matteo Kovacic is also unavailable as Chelsea seek revenge against the Gunners, who beat them 3-1 in the reverse fixture. After resting key players against Manchester City on Sunday, Tuchel has recalled big guns Mason Mount, Ben Chilwell and Jorginho, whilst Kai Havertz gets another chance to impress in the striking role.

Thiago Silva returns to lead the side whilst Billy Gilmour keeps his place after an impressive outing against the Champions.

Up the Chels! 👊 #CHEARS pic.twitter.com/txyDoshIa1

Arsenal are without David Luiz, who may well have played his last game in a red and white shirt, who misses out through a hamstring strain. Martin Odegaard returns to Mikel Arteta’s side after being dropped to the bench for the 3-1 win over West Bromwich Albion at the weekend.

Manager Mikel Arteta has opted for a back three to face the Premier League’s inform side, recalling Pablo Mari to play alongside Gabriel and Rob Holding. Bukayo Saka and Kieran Tierney are deployed as the wing-backs, with Emile Smith Rowe and Martin Odegaard playing in behind Pierre-Emerick Aubameyang.

Nicolas Pepe, scorer in their previous fixture, drops to the bench, which also boasts Alexandre Lacazette, Gabriel Martinelli and Willian. 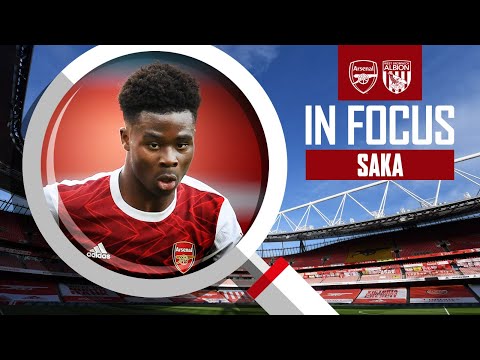